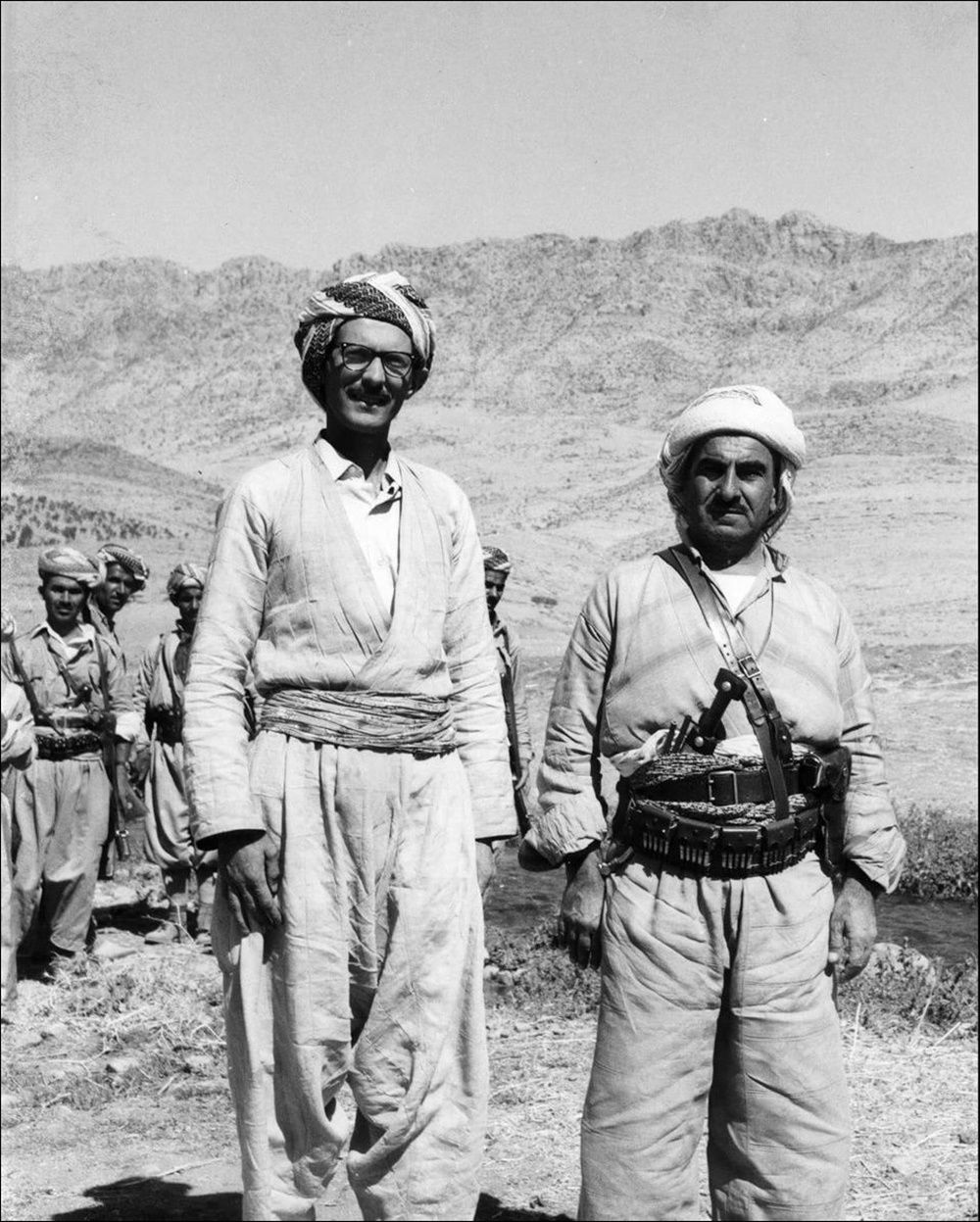 
Below some Kurds I met on my visit to Kurdistan last May (2017).
Upper left Hoshyar Zebari former foreign minister of Irak, upper right Falah Mustafa Bakir Minister of the Department of Foreign Relations of the Kurdish Regional Government.
Lower left is General Sirvan Barzani of the Peshmerga forces near Mosul showing me a tank he and his men captured from ISIS. Lower right, Shaha Amin a prominent broadcaster with Rudaw (K24), the main TV station in Iraqi Kurdistan. Sitting beside him is Taha Barvari, formerly kurdish represenative in the Nordic country and now the right-hand man of Prime Minister Nechirvan Barzani.

States like the USA have emphasized the importance of the territorial integrity of Irak which the British founded after WWI by uniting the three administrative units (vilayets) of the Ottoman empire, name the areas where Kurds live (Kurdistan), the Arab sunnis and the Arab shijas. This unfortunate decision has lead to many internal wars and frictions, and does now once more. There was no state of Irak until the British made this unfortunate decision, and united the three parts. As the results in the Kurdish referendum make clear Irak should be divided now into at least two states, Kurdistan and the Arab Irak. Two nations live within the border of Irak, the Kurds on the north and Arabs in the center and south. These nations speak absolutely unrelated languages, one is indoeuropean, the other is semitic and have different cultures and traditions.

No matter how badly treated the Kurds are, no response from the international community, apart from some feeble words from US and Germany that the parties should attempt to lower tensions. The Bagdad uses brutal military force against them with tanks and heavy equipment given to Bagdad to fight the ISIS and some help and backing from Iran. Bagdad has closed down the airspace over Iraqi Kurdistan so that several European airlines who had regular flights to Erbil and Sulimania in Kurdistan were stopped flying there. All of this because the Kurd conducted a democratic referendum (only a referendum!) if the population wanted to separate from Irak and found an independent state. It was then as if "hell broke loose", one punitive action followed another, and now a military invasion.

Many books will be written about the events since the referendum was announced in June and time is needed to gain perspective. I hear this and that as rumours, half-truths, lies and facts are amplified on Twitter with little chance of immediately assessing their credibility. I am two thousand miles away and don't want to add any fuel to the fires burning in many hearts.

But here are some initial thoughts about the new geopolitical position. The West's dogmatic defence of its One Iraq policy is becoming more of a One Iran policy and is continuing to define the constitution of Iraq on terms set by Baghdad which is clearly under the considerable influence of Iran.

Three weeks ago, I was with Najmaldin Karim, his family and friends from various countries in the governor's house in Kirkuk. I know that he was rescued from there a few days back and that Shia militia leaders are now in his office with a picture of Ayatollah Khamenei on the wall. I know that Qassem Soleimani has worked his malignant magic to score a great victory for hardliners in Iran. These things cannot be sugar-coated.

Western weaknesses of doctrine and action have humbled the Kurds, but their own fractures, divisions and miscalculations have also been skilfully exploited and will take a considerable time to overcome. Having said that, I will always remember the enthusiasm and exuberance of those I saw voting in the referendum in Erbil, Kirkuk, and Sulaimani. The resounding yes vote can never be invalidated in reality.

Iran may be the victor for now but my best guess is that Russia will also be a major beneficiary of the terrible humiliation of the Kurds who could abandon hopes of help from the West and settle for a new relationship with Russia that helps Kurdistan to have its rights within Iraq and protect its borders.

The Kurds remain a decent people who had done so much to overcome the legacies of discrimination, Arabisation, and genocide, and can and should be commended for many achievements that show their democratic values, generosity of spirit, and much more.

But they have made insufficient progress in coherent government and building an economy where oil is a just one servant in a more productive and diversified economy. Apart from refusing to fall out, the priority, I politely suggest, is concerted state-building of Kurdistan within Iraq as is allowed in the constitution.

Let me illustrate this with how we are coping with a major change in our country. Following the referendum on Brexit, decisions now taken by a deeply divided Cabinet will haunt us or help us for many decades to come. Personally, I voted to remain in the European Union but fully understand that leaving and constructing a new relationship could be the remaking of our country. It has to be and we can at least see a light at the end of the tunnel.

Kurds currently cannot see a tunnel let alone a light at the end and many of you feel you have returned to the position of having no friends but the mountains despite all the warm words uttered and also the concrete assistance given to an ally that helped us all by defeating Daesh [ISIS]. I can certainly understand why Kurds are furious about this. Let your friends make this point as forcefully as they can and continue to help you to recover and renew your society.

I know it will stick in the craw to see Iranian sponsored thugs taunting you, disrespecting your flag, and banning your language in what is technically a bi-national country with two official languages. You see friends being unwilling or incapable of doing more. You fear the loss of prosperity and easy contact with the outside world. Some of you will want to leave while others will return home to put their shoulder to the wheel.

I can only say that it is a privilege to be your friend and to have seen your country develop so well in over a decade of frequent visits. I am of little importance in the bigger geopolitical scheme of things but you do have friends and they are deeply saddened and concerned. Please take some time to heal your wounds, mourn your martyrs, rebuild your morale, and unite to make your country work. Please help your friends to help you to help the world which is a better place with a united Kurdish people.

Gary Kent is the Secretary of the All Party Parliamentary Group (APPG). He writes this column for Rudaw in a personal capacity. The address for the all-party group is appgkurdistan@gmail.com.

He published works in various psychological and parapsychological journals and worked with Ian Stevenson on reincarnation research and Karlis Osis on deathbed visions.
As well as doing research in Iceland, Haraldsson worked in the United States and at the Institute for Frontier Areas of Psychology and Mental Health in Freiburg, Germany. While in the United States, he worked with J. B. Rhine.
He has written nine books. Six have appeared in English, some in other languages.

I saw a Light and Came Here. Children's Experiences of Reincarnation 2017 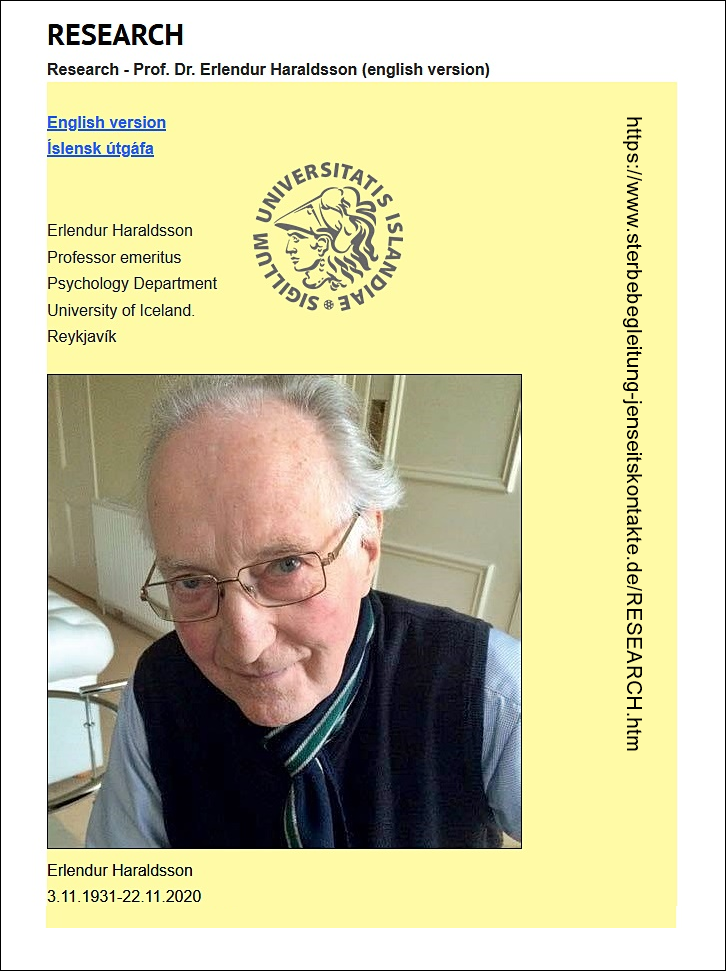 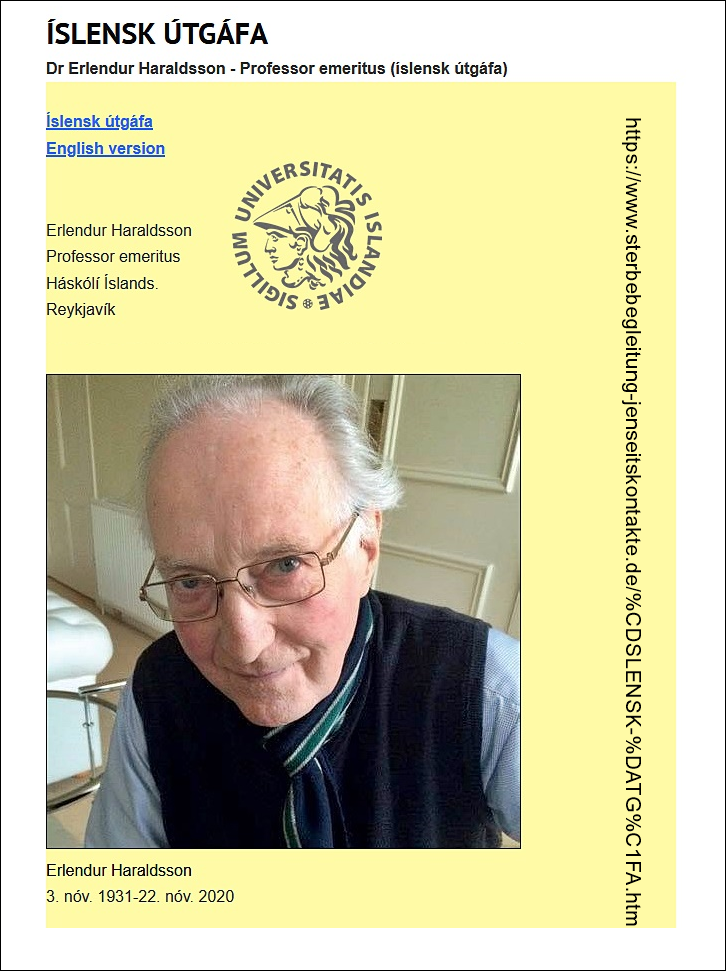